This review of ‘Low Form: Imaginaries and Visions in the Age of Artificial Intelligence’ appeared in the December issue of Art Monthly: 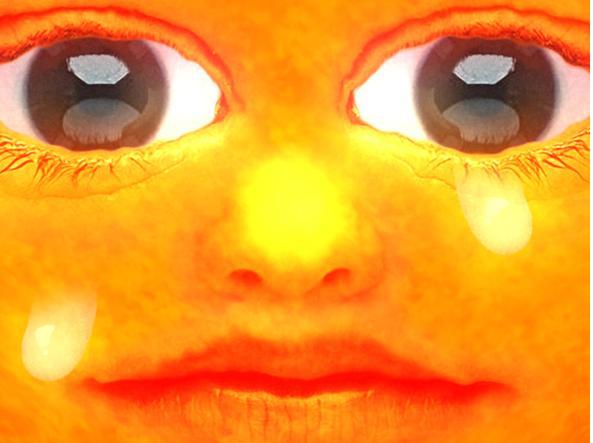 Agnieszka Polska, What the Sun Has Seen, 2017

The evocative, if not entirely obvious, title of this group show points to the ‘unstable forms produced by artificial intelligence’, in the words of Fondazione MAXXI’s president, Giovanna Melandri. The notion of ‘low form’ is somewhat at odds with the highly sophisticated nature of some of the digital tools and algorithmic processes used to generate the works on view by the 16 international artists included in the show. Mostly born in the 1980s, or failing that the 1970s, they belong to the Millennial Generation and are – just about – ‘digital natives’. This buzzword, which has its origins in the 1996 Declaration of the Independence of Cyberspace, owes its popularity to the American educator Marc Prensky who used it, alongside its counterpart, in the title of his 2001 article ‘Digital Natives, Digital Immigrants’.

The protagonists of ‘Low Form’ are 3D avatars, robots and their parts, puppets and sun effigies, armies of animated humanoids, apparently getting on splendidly without us. Placed at the start of the show, Emilio Vavarella’s Do You Like Cyber?, 2017, orchestrates an exchange between three robotic arms mounted onto the wall and ending with mini-speakers, inspired by an episode that saw a number of fembots interact with each other rather than the male customers of an online service that had been hacked. Vavarella’s conversation piece has affinities with Cécile B Evans’s Test Cards, 2016 (Interview AM414) – a set of cartoon images featuring three robotic characters, including a dog, framed by LED-lit monitors – as with Zach Blas and Jemima Wyman’s video installation Im here to learn so :)))))), 2017, which bring back to life Twitter’s aborted creation Tay (‘thinking about you’), a chatbot designed to speak like American millennials in their late teens. Tay fell victim to hackers and, within hours of its launch, succeeded in putting out thousands of racist, homophobic, misogynistic and otherwise offensive tweets.

All three works play with sci-fi ideas around the exploitation of AI and artificial life, and with this comes the threat of their insubordination and revolt, which is as old as science fiction itself. This way of projecting human attributes and emotions onto inanimate and, for the most part, immaterial things – their creators’ creatures run amok – smacks of animism and runs the risk of anthropomorphising our cybernetic others. The concept of ‘artificial intelligence’ itself entails a machine’s supposed ability to emulate the way a human being thinks. And yet, as James Bridle argues in his 2017 essay ‘Machine Learning in Practice’ (featured in the helpful anthology that is part of the exhibition catalogue), ‘what used to be called Artificial Intelligence has always been hampered by its attempts to recreate human intelligence’, whereas the more recent ‘growth [in the use of machine learning] has been driven by the increasing inhumanity of the intelligence we’re developing’.

For an exhibition whose artists embrace the cutting-edge technological developments in the digital realm, ‘Low Form’ is at times surprisingly backward-looking. One of its avowed aims is to explore the links between historical Surrealism and its contemporary forms. A surrealist sensibility permeates Jamian Juliano-Villani’s paintings, drawing on high and low cultural references alike, and notably Victory Over The Sön, 2018, in which a skeletal swan contemplates its own full-fleshed snowy reflection in a pond that bears the inscription ‘VISIONS OF BILLY’S PENIS’. Eerie, simulated imagery reflecting the hidden recesses of the online world and its subcultures, the body and its entrails also informs Jon Rafman’s videos Poor Magic, 2018, and SHADOWBANNED: Punctured Sky, 2018. The avatar’s motley head in Blas and Wyman’s rendering of Tay hovers against a dream-like hallucinogenic backdrop arrived at after using Google’s DeepDream computer-vision program.

Other artists draw on techniques associated with Surrealism and its precursors, be it automatic drawing in the case of Cheyney Thomson’s prints Sets of Curves, 2018, a variation on the nude figure of the goddess Bellona in a painting by Peter Paul Rubens but made with a printer for vector graphics, or collage and assemblage in Anna Uddenberg’s multi-sensory installation Pockets Obese, 2017, whose centrepiece is an unidentifiable object that may once have been a chair in a hair salon, surrounded by see-through walls of falling water. There are Duchampian echoes (namely of The Large Glass and its machine-like bachelors) in the Lithuanian duo Pakui Hardware’s biomorphic sculptural ensemble On Demand, 2017, which hints at the human form by means of whimsical details such as tiny feet supporting what looks like a blue body of water embedded into a glossy Plexiglas sheet. Hybridity and a touch of the absurd likewise characterise Luca Trevisani’s delicate compositions, mixing organic and synthetic matter as in caldo (Giorgio Manganelli), 2018, an amalgamate of animal (lobster claws), vegetable (milk thistle, silk floss tree seeds) and mineral (silver chain, copper powder) parts covered in tempura.

‘What does the future look like?’ asks one of the characters in Evans’s Test Cards. ‘Distressed,’ quips the other. If there is something uplifting about Lorenzo Senni’s Breaking Edge, 2018, with its punchy laser-projected images dancing to an upbeat, high-pitched tune in an endless loop, and even about the ceaseless stream of self-generating forms in Ian Cheng’s live simulation Emissary Sunsets the Self (ESTS), 2017, the overall mood of ‘Low Form’ is more sombre and downcast. The eponymous Sun in Agnieszka Polska’s hypnotic animated video What the Sun Has Seen, 2017, scans our doomed planet with the sad, knowing eyes of a child. Alternatively despondent and confident, the haunting lyrics from the album by the fittingly named The Children of Sunshine that Polska chose to accompany her surreal imagery offer a glimmer of hope: ‘It’s a long way to heaven, I don’t think we’re going to make it … It’s a long way to heaven, but maybe we might make it.’