Skip to content
This feature on Janice Kerbel appeared in an event-themed issue of Metropolis M in Dutch translation: 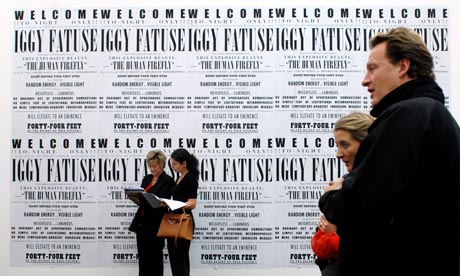 Janice Kerbel has a knack for learning languages. Since graduating with an MA from Goldsmiths in 1996, the London-based Canadian artist, who had previously studied cultural anthropology at the University of British Colombia, has become proficient in several languages: the language of flowers for Nick Silver Can’t Sleep (2006), a radio play for insomniacs whose characters are all nocturnal plants; the language of sports broadcasting for Ballgame (Innings 1-3) (2009), a play-by-play commentary of a live baseball match; the language of theatrical lighting for Kill the Workers! (2011), a script written to be executed by stage lights alone; and now the language of music which, by her own admission, she was not conversant in until embarking on DOUG (2014), a cycle of nine songs for six voices whose one-off performance in the Jeffrey Room at The Mitchell Library in Glasgow earned Kerbel the nomination for the most coveted of British art prize.

In a TateShots video interview designed to introduce this last project and her wider practice to the public in the context of the Turner Prize 2015 at Tramway, Glasgow, Kerbel explained: ‘I don’t feel any loyalty to a particular medium or material but I’m always looking to see if there’s a way to inhabit some kind of existing language.’[1] Each successive area of expertise and its particular, often technical idiom provide a ready-made mould and the very substance of Kerbel’s artworks. These typically take the shape of written or spoken word – from audio recordings to performances to printed matter – and tend towards dematerialized forms of art.

Aside from being time-based and scripted, what the above-mentioned pieces have in common, beneath the sheer variety of their subject-matter, is a penchant for theatrical performance and spectacle. Unfolding in time, these four works are events in more than one sense. An Artangel commission which premiered on 28 October 2006, broadcast by BBC Radio 3 – The Verb, Nick Silver Can’t Sleep is the only one available online both in audio form and as a script.[2] The other three pieces only exist in the span of an exhibition or a performance; they take place at a given venue – a gallery space or, in the case of DOUG, a room inside a public library – at specific times. This makes them quite literally events.

Yet the relationship Kerbel’s work entertains with this fraught notion is often more elusive. Projected through a single speaker in an otherwise empty gallery room, Ballgame consists entirely of a blow-by-blow commentary or announcement of a sports event, lasting as long as a 9-innings baseball game would at 90 minutes. At the same time, the match is intended to represent ‘a statistically average’ baseball game, affording little by way of drama – in fact, deliberately lackluster and uneventful. The artist had sifted through historical records of baseball matches spanning the past century to arrive at this result. Although entirely plausible, the game exists in a hypothetical state. Just as the minutely planned heist in Bank Job (1999), master-minded and publicized by Kerbel in one of her earliest works, it could never actually happen.

Despite the promise of drama conjured by its title, Kill the Workers! is also in many ways a spectacular non-event. The eponymous ‘workers’ are, in theatre jargon, those theatrical lights that do the job of illuminating the stage overall, as opposed individual spotlights. First staged at Chisenhale Gallery in 2011, the 70-minute play – the average duration for a theatre play – enacts by means of stage lighting of different colour, shape and intensity the struggle of ‘SPOT’, the protagonist of this mock-revolutionary drama, who wishes to join their ranks, to become one with the workers as ‘open white’ (extremely bright, unfiltered light).

In conversation with Tate’s curator of performance Catherine Wood at Chisenhale Gallery, Kerbel explained that she had initially envisaged writing a script for a play that she would light before removing the script, the actors, the dialogue, everything except for the lights; but instead, she chose to write ‘a play specifically for the lights themselves’, consulting various books on lighting design and working closely with a lighting technician at the Almeida theatre in London to produce a dramaturgy of lights that could also be executed by actors, if need be. What proved most challenging, for Kerbel, was finding an adequate means of expression: ‘In searching for a language, I would look at how lighting designers go about trying to write a play – things like cue sheets and written diagrams, different ways of notating it.’[3]

Those of Kerbel’s works that take on a material guise usually involve some form of technical notation, be it a floor plan of the private London bank Coutts & Co. in Bank Job; discretely marked packs of cards to assist cheats in Three Marked Decks (1999); architectural studies indicating where to stand so as not to creak or cast a shadow in Home Fittings (2000-04); a map of a ghost town in Deadstar (2006); or musical notation in DOUG, expressed through typographical convention as letters of widely differing and diminishing sizes that form whimsical patterns in the accompanying work titled Score presented at Tramway.

A grid of nine pages loosely affixed to the wall, side by side, so as to form a poster, the last piece harks back to the Remarkable series (2007-2010) produced for Frieze Art Fair in 2007 – where the large format silkscreen posters were plastered onto the walls in strategic places across the fair – and the related six-paneled typographical work Three Ring (2010). Made up of six framed posters arranged in a grid, the latter was shown at Tate Britain as part of its ‘Art Now’ exhibition programme, alongside the five discrete works in the Remarkable series, also framed and mounted onto the walls in their new institutional context.

Remarkable and Three Ring are inspired by Victorian posters of sideshows from nineteenth-century fairgrounds, made using a combination of digital serif and sans serif fonts reminiscent of nineteenth-century letterpress. According to the artist, whereas the smaller, longer and more notational texts are generally set in serif font (mostly Bodoni), the larger, attention-grabbing and more hyperbolic lines, tend to use serif as well as sans serif title fonts. In both these works, each digital letter is treated as an image rather than a typeface, manually set into the page in a curious hybrid of digital and analogue processes. ‘In keeping with the tradition of fairground ephemera, I wanted the posters to be experienced visually,’ says Kerbel, ‘[and] there to be tension between reading and looking, giving the eye little place to rest.’[4]

Reflecting the clamorous and visually overwhelming environment of the fair, each of the five posters announces a ‘remarkable’ sideshow act (‘Barometric Contortionist’, ‘Human Firefly’, ‘Faintgirl’, ‘Regurgitating Lady’) or, in the case of Remarkable: Double Attraction – Crystal and Blindspot, double act consisting of Crystal, the one-eyed soothsayer, and of Blindspot, ‘bashful from birth … the shyest person alive … masterfully eclipsing your glance’, whose very name, written in diminutive sans serif font, is designed to escape notice. Blindspot’s peripheral, unobtrusive presence seems to be the definition of ‘side-show’. No indication of time or date is given that would allow to situate the event. The viewer-reader is given to imagine the impossible feats, which ‘are each inversions of traditional acts, and physical manifestations of invisible phenomena’, as Kerbel put it, whether ‘natural, experiential, or emotional’.[5]

In contrast with the fairground performers in the Remarkable series, all of who are female, the eponymous protagonist whose serial misadventures DOUG recounts is male. (The name comes from a joke: ‘What do you call a man with a spade on his head? Doug.’) Composed for six unaccompanied male and female voices spanning the full vocal range, barring the countertenor, each of the nine songs in the DOUG cycle conveys through musical form and structure a catastrophic event or accident that befalls the hapless hero: ‘BLAST; FALL; HIT; CHOKE; BEAR; CRASH; STRIKE; SINK; and ‘SLIP’. Alternating soloist and choral passages, the individual songs take the different voices through their entire vocal range, pushing each to its limit, which typically coincides with the limit of what Doug’s body can physically stand. And yet, the hero escapes these near brushes with death seemingly unscathed, time after time.

Variety prevails in the length, structure, and metric pattern of each song, the tempo changes, the shifting combination of voices, the range of moods and compositional techniques deployed throughout. The Turner Prize nomination meant that the one-off, 25-minute-long musical event that took place in the wooden-paneled Jeffrey Room of Glasgow’s Mitchell Library on 1 May 2014 needed to be performed, again and again, over the course four months, which is how long the Turner Prize exhibition is around for. Kerbel’s solution to this challenge was to have the songs performed sometimes as a full cycle but, more often than not, as fragments in changing configurations, so as to keep visitors on their toes. In traditional black garb, the performers themselves stood over the rusty railway lines within their designated performance space at Glasgow’s Tramway, and they could be heard shuffling along, like the ghosts of Home Fittings and Deadstar, as they silently moved across the former tramway depot.